Own Relationships
Home Dating Why Is He Ignoring Me all of a sudden? Here’s What He’s... 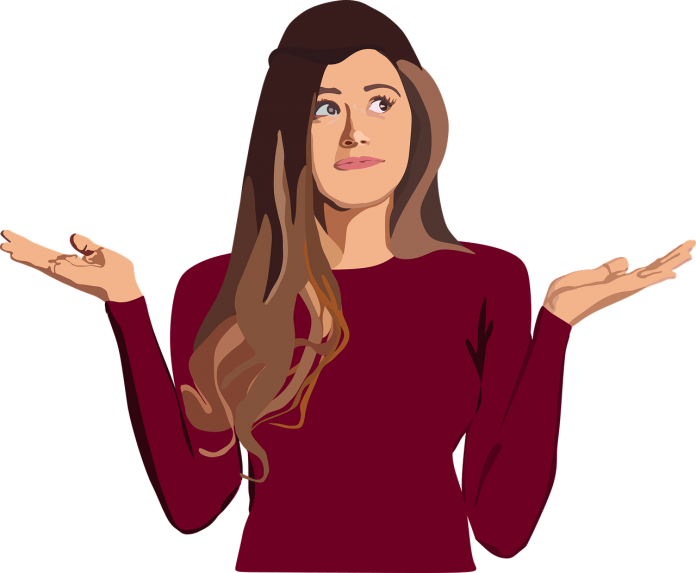 Up until a week ago, the two of you were a blissfully, happy couple. He was calling you a few times a day and texting you every couple of hours. You were spending just about all your free time together and the relationship was going extremely well.

Now, he is acting like you don’t even exist – no calls, no texts, no nothing from him! When you call him, he is cold and distant and is clearly trying to keep the conversations brief. What’s going on?

Maybe he is just a jerk and you are only figuring it out now? It is a frustrating place to be in with your man. If only you could read his mind!

Here are some reasons why your guy could be ignoring you and some thoughts on how best to deal with it.

Why is He Ignoring You?

Something you said rubbed him the wrong way

Your significant other could suddenly ignore you because you said something that offended him. In most cases, we shall assume that is the case here and that it is completely unintentional. It is probably something you said in random conversation. It never once occurred to you that it could upset someone.

What do you do? First, realize that it is normal to unintentionally offend someone with your words – it happens all the time. Do not beat yourself up too much about it. When he tells you what it is you said that upset him, only you can judge to know if you ought to apologize.

If an apology is in order, give it and hope he takes it. If you genuinely feel that he is overreacting, then maybe it is time to wake up and smell the coffee… or the crap in this case!

Perhaps the two of you are not compatible after all. He may be a great guy but if you feel like he is immature or a tad bit over-sensitive, then he is probably not the man you want to be with.

The sooner you realize it the better for both of you.

He is afraid of commitment

Commitment phobia! That is our diagnosis. If you are with a man who is terrified of commitment, he may be great for months but start ignoring you when you reach a commitment milestone like meeting each other’s friends or parents. It dawns on him that he is on a downhill road to full commitment and he feels the need to hit the brakes. He does not feel ready for it. In fact, it freaks him out!

So he starts ignoring you and is suddenly going out with the boys every night of the week. He is subconsciously trying to prove to himself that he is still a ‘free man’.

What do you do? First, let yourself come to terms with exactly what you are dealing with. Commitment phobia is real. Figure out if you want to wait it out and let him grow out of it. Ask yourself if you want to be with a man who can’t make peace with the idea of being committed to you.

If you decide to wait it out, brace yourself for random days or weeks of silence from him. You never know when the phobia will prick his rear, jerking him into a few days of a fun-filled, bachelor-like life.

If you decide to let him go, do so with pride, knowing that you will eventually find someone who is excited to be committed to you – and you alone.

He is falling in love with you

Does it make sense that someone who is falling in love with you suddenly starts to ignore you? Well, logically, it does not, but love has a way of being illogical so it is quite possible that this is the reason he is ignoring you. Here are a few possible issues running through his mind:

He has been in love before and ended up getting hurt. The realization that he is falling in love with you may give him the instinct to run away – to get as far away from you as possible so that he does not get hurt again.

What do you do? If you have confirmed that this is why he has been ignoring you, what he needs is a whole lot of reassurance. Give him the space he needs but also let him know that you understand his fears and you are willing to stand by him as he sorts through them.

Assuming that you feel the same way, let him know how you feel as well so that he never has to wonder about that and feel even more insecure.

You did something to upset him

It must be said: ignoring a spouse when they have done something to upset you is not the best way to deal with it. Either way, many men, and women do it. It creates distance which denies the two of you a chance to talk it through and make things right. Thoughts of your action(s) continuously run through his mind and he will ignore you as long as this is happening. Don’t forget that there are two types of mistakes – those of commission and those of omission. He could be upset at you for something he felt you should have done but you did not.

What do you do? Try to be patient with him and listen to what he has to say about why he is upset. This is part of the process of getting to learn about each other. If you are in a committed relationship, you could even choose to see this situation as positive growth. As long as you are both able to have a civil conversation about certain actions and behaviors which upset the other person, a little displeasure here and there is simply part of being in a relationship.

He likes someone else

Your man could be ignoring you because he has feelings for another girl. These are some common scenarios that could have happened:

Whatever the scenario which causes him to have feelings for someone else, he may ignore you to take some time out. He may be feeling guilty, confused – perhaps a bit embarrassed, and needs space to figure out his feelings. Maybe he has already figured out that he does not want to be with you anymore but does not want to tell it to you directly. He ignores you – hoping to shake you off or is waiting for you to break up with him so he can be with someone else.

What do you do? If you are in such a situation right now, it won’t hurt any less to hear that his ignoring and leaving you (or waiting for you to leave) was the best thing he could have done for you. But it does hurt a lot. It would be unfair and cruel of him to drag you along when he really likes someone else. It hurts so much, but the best thing to do is quickly get over the hurt and move on.

Find yourself someone who really wants to be with you.

He woke up on the wrong side of the bed

The idea of waking up in a bad mood or having a randomly ‘off’ day is generally associated with women. It is erroneously assumed that it has something to do with hormones and the proverbial ‘time of the month’. However, even men sometimes wake up just feeling out of it. As normal and human as it is for this to happen, your man should be able to tell you that he is acting strange because of reasons entirely related to himself and not you. He should realize that it will cause you some grief when he acts like this and it is important to communicate it.

What do you do? Give him some space. Let him be and hope the bad day only lasts that long – a day.

Maybe he is embarrassed to admit to you that he sometimes has such days so try to be understanding about it. However, let him know that it is best if he lets you know when he is having one of those days so you know what is going on.

He has lost interest in you

Sometimes a guy pursues you with intense zeal and you start dating, just knowing that it is going to be wonderful. After a while, he starts ignoring you because he realizes that the relationship is not quite what he bargained for. Maybe he can’t get himself to come out and tell you that he is no longer interested in you. He does not want to hurt your feelings so he opts to give you the gradual fade-out treatment, hoping you will eventually get it and leave.

It could be that he has lost interest in you and is subconsciously ignoring you. He does not give priority to returning your calls, responding to your messages or spending time with you. If he is no longer interested, there is always something more important to do first.

What do you do? There really is no point in trying to hold on to someone who is totally uninterested in you. The best thing to do is move on and find someone who values you.

He is going through a personal struggle

If a guy is going through a personal struggle, he may suddenly go quiet on you. If you have not been dating for long and he is not free enough to come out and talk to you about what he is dealing with, he may ghost you with no explanation whatsoever. On the other hand, you may have been dating for a while but he does not feel – as a man – that he should be pouring his problems on you. He needs some time alone to deal with everything.

Here are the two most common struggles he may be uncomfortable to share with you:

What do you do? If this is the reason for his sudden disappearance, he will eventually reach out to you. When he does, hear him out. Let him tell you his side of the story and make a decision on whether you want to continue with the relationship.

If you decide to go on with the relationship, he has to promise not to do it again. You both have to agree on a better way to handle difficulties in your individual lives. You don’t want to get into the emotional roller-coaster where he ghosts you every time there is some kind of difficulty in his life.

If you haven’t noticed, one resounding word we have used in explaining why a guy could be ignoring you is ‘space’. When your man suddenly starts ignoring you, he is trying to give himself space. The challenge is in trying to figure out exactly why he feels the need for it – if it has anything to do with you and what to do about it.

Ideally, he should eventually come out and tell you exactly what is going on in his head and you can figure out how to handle it from there.

If an apology is in order, by all means, make one. If you need to be patient to let him sort through personal stuff, do so. If you need to talk things through to understand each other, take time to iron things out. Lastly, if you genuinely feel that it is all a bunch of BS and that you deserve better than that kind of treatment, then let him go.