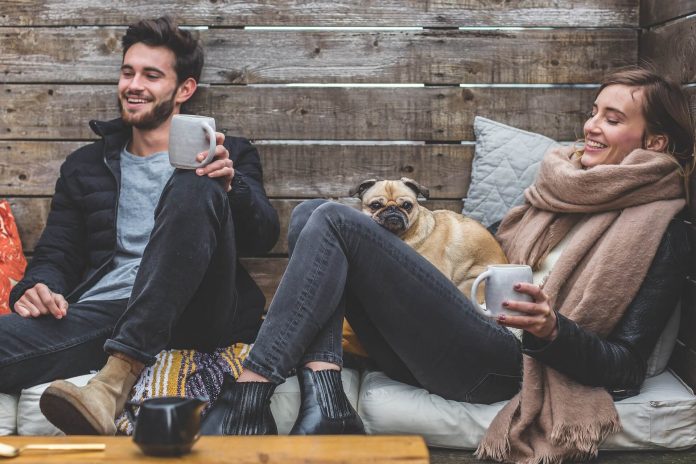 Sometimes, the classic party games are still the most fun. Who hasn’t played “Truth or Dare” with a group of friends, or fallen over someone they barely knew in a round of Twister? But those are games for a bigger crowd to help you in overcoming the first awkwardness when you meet new people for the first time. What do you do, though, when you have found somebody you want to find out more about in a safe and playful way? The answer is, of course, you invite them to play 21 Questions!

Maybe you have just met a girl at a party and you think you’ve got so much in common and that she might turn out to be your new best friend. Or you’ve spotted a boy you fancy and wonder if he is the kind of person you would like to date. Whether you are “interviewing” for a friendship or for a relationship, 21 Questions is an easy way to find out loads about a person without making any commitments!

The rules are so simple you can hardly call them rules and it’s all in the title of the game. You ask the other person 21 questions about them, and they get to ask you their own in turn. To keep it pleasant and fun, do not ask anything that could be considered rude or offensive and don’t answer questions of that type yourself. If a reply is really interesting and side-tracks you into a conversation, just let it flow naturally. After all, that is the point of the game! Here are a few ideas of what you could ask the other person (including a few at the end especially for a new boyfriend!):

You can tell a lot about a guy by the way he answers this one. Is he going to pick up on a few of your features and characteristics to make you feel admired? Or will he just bluntly work off his own list? Is he talking about physical features, or personal traits? Either way, don’t take anything he says personal. Remember, this says more about him than you!

2. Which celebrity would you date?

When he replies to this question, you can try to find out more about his preferences and the way he thinks by asking why he picked that particular celeb. If you want to spice things up a little bit, change the question to “Which celebrity do you want to have sex with?”

3. What are you looking for in a relationship?

This is another good one for testing the water. If he gives a very casual reply, hold off on organizing your engagement party just yet. But if he has very articulated and romantic ideas, then obviously he has put thoughts into it, and who knows? You might get some pointers as to how to win this guy over!

4. What is your favourite song/band?

The type of music we listen to says so much about our personalities and it is no coincidence that so many people bond over the bands they like. So, find out whether you’ve got a similar taste in music. You could also ask which song he would choose if he’d only have one more song to listen to for the rest of his life.

5. What is your favorite movie?

This is a question that supplies some follow-up possibilities as well: which is the one movie you have watched the most times? Who is your favorite actor/actress? Which is your least favorite movie/actor?

Most guys like sports. If they don’t play themselves, they follow it on TV or go to matches. Find out which sport this boy is into. Which team does he support? Did he ever play himself? Why did he stop? Be warned, answers to these questions can be an awful lot longer than the replies he’s given you before, especially if he’s really into sports.

7. Which book did you read last?

Granted, a lot of people don’t like reading, but everyone wants to be thought of as smart and brainy, so you’ll get an answer to this question anyway. If he really does like books, ask him for his favorite author or title and maybe he’s even got a book recommendation for you. Just like with music, books are something we bond over, so do explore this ground.

If he has any romantic interest in you, then this is where you find out. But even if he isn’t that outright, it will be interesting to hear his views and discuss what love means to him, or to you, and how easily he thinks people can fall in love with each other.

9. What’s the funniest way you have been asked on a date?

Has he ever been asked out by a girl in a hilarious way? This is a moment to exchange funny and silly stories and share a laugh. If you are a bit more daring, ask if he’s ever been asked straight out for sex by someone – how did that come about, and how did he react?

10. What would you change about your life?

Potentially, this question can dig quite deep. Here he could reveal some issues or insecurities he has. But he doesn’t have to if he doesn’t feel comfortable with it. Instead, he could just reply in a joking way and make a superficial comment about school. So, it’s a good question, because he might open up but you are not putting any pressure on him.

The next few questions are a little bit more intimate, in case you feel you can take your interview a little bit further:

11. When was the first time your heart was broken?

Of course, you can also ask whether he has ever broken a girl’s heart before but you are not likely to get an honest answer to that. Who would want you to know that they hurt someone they were in a relationship with? But most guys are prepared to tell you when they were wronged, so you might find out something important here.

12. Have you ever had a one-night-stand?

The reply will probably be a “Yes”, even if that’s untrue. The idea of a one-night-stand is exciting to guys, and they most likely wouldn’t admit to not having had one. You can probe further by asking how it came about, and what happened afterwards.

If this guy has a job, it might not be what he wants to do for the rest of his life. Maybe it’s just a stepping stone to a better position, or a way to make some cash while he’s studying. Ask him for his aspirations and expectations for the future – it will show him that you are interested in him as a person.

Most people have an interest or a hobby that they don’t talk about much, because it might seem silly or not on-trend to others. Find out what his interest is. You can ask whether, if money was no objection, he could or would turn this hobby into a profession? It doesn’t have to be realistic, just explore the possibilities here.

Who is the closest person in this boy’s life? Who does he turn to with secrets and problems? Is it a family member or a friend? His brother or a great-uncle? The type of person a guy turns to with his most intimate issues reveals much about himself.

The next five questions are designed to lighten the mood a bit after all that deep delving into the psyche:

16. What was your strangest ever dream?

Remember some of the weird dreams you have? When you wake up and think, “Hell, what was that about?” Share some of these stories and make each other laugh with your nightly experiences of being chased by a three-legged cheese.

17. What was the silliest lie you have ever told?

Nobody likes admitting to lying about serious issues but we are prepared to share the funny stories of obvious, stupid lies, and how we got caught. Make sure you’ve got a good story to retaliate with, because he’s sure to ask you the same question in return!

18. If you were invisible for just one day, what would you do?

Where would he go, who would he see, and what would he do? Expect a lot of funny and fantastical stuff. You’re unlikely to hear about good deeds he has planned, but rather pranks he will play on people. Remember, this is supposed to be a light-hearted fun question, so just run with it!

The reply will be predictable – the guy will most likely describe himself in more general terms. But you can follow it up by asking him why he would find those features and qualities attractive, to make it more interesting.

20. Would you rather be hot and dumb or smart and ugly?

Will he try to impress you by picking the second option? Or will he explain why the first option is better? Listen carefully, there might be some insights into his personality gained here!

As promised, this last section contains a few questions to ask your boyfriend when you have already started dating, but you still have many things to find out about each other. These questions can be asked in the game or used as a conversation starter.

21. What is your main motivation?

Your boyfriend is special to you . As the person you love, you want to support him in whatever he does. Find out what his goals in life are: is he motivated by his career, by a cause, or is he inspired by somebody he is close to? When you know what makes him tick, you’ll be able to give him a helping hand whenever he needs one.

22. What went wrong in your last relationship?

Why did he break up with his last girlfriend? Or was it the other way around? You are not trying to be nosey, but you want to avoid falling into the same relationship traps he’s been in before. Relationships are a lot of work, so make it easier on yourself by learning from other peoples’ mistakes.

23. What is the biggest secret you are prepared to share with me?

Maybe there is something he has been wanting to tell you for a while, but he never knew how to initiate the talk. This is his opportunity to open up to you if he wants to. If he says that he has no secrets, don’t press any further for he might not feel ready to share it yet.

24. What is your biggest regret?

Have you ever done something in your past that you are ashamed of? Something you wish you hadn’t done and that you would undo if you just could? There surely is something in your life as well as in his, so take this opportunity to confide in each other and grow closer in this newly created intimacy.

We all have our insecurities, some of us more, some less. If you know what his personal fears and insecurities are, you will understand his behavior in certain situations a lot better. You will also be able to understand why he reacts jealously at times and while you don’t have to accept jealous behavior, you can gently assure him with love and understanding that it is unnecessary.