Own Relationships
Home Dating He Sent A Text To Cancel The Date: What It Means, And... 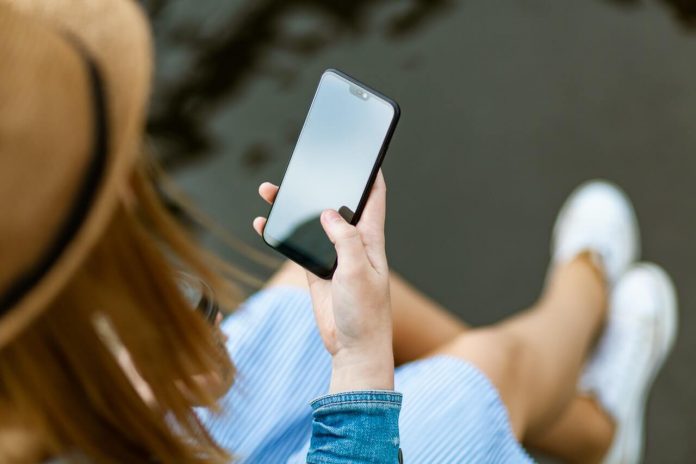 You have been looking forward to meeting up with him for days. You planned out your outfit, you got your nails done, and you agonized over what you would say in your flirty exchanges and then, out of nowhere, he cancels. Ugh. We have all been there, and even if you have been there before, it is nevertheless incredibly frustrating to deal with.

Knowing how to deal with one of these cancellations is difficult, with the disappointment stinging quite a bit. You might feel fed up with him, particularly if he has done this to you before. However, taking the time to figure out how to reply to the infamous “can’t make it” text is important – in fact, it might even have the potential to help you recover from this text and to enjoy an even better date night later on.

When you get that cancellation text, your gut instinct may be to feel disappointed, hurt, and personally slighted. However, try not to lose sight of this important fact – we are all busy, and we live busy lives. If the guy you like just canceled your plans, it can, indeed, be quite the disappointment especially if you have been really looking forward to spending some time with him. However, it might not have anything to do with you. Responding sensitively and with some thought to the situation might make a huge difference later on.

A canceled date very well might feel like a personal attack. However, even if that is the case – that he is not interested in you, that is – it still might not have anything to do with you. He may have rekindled things with an ex or met another girl. We all live extremely complex lives and you don’t know where he is at in his. Try to switch up your plans by making a date with some friends. This will distract you and will also help to build your self-esteem, allowing you to remember that you are valuable and that, at the end of the day, the other person wasn’t trying to make you feel bad.

Understand that humans are complicated

When you are trying to respond to a canceled date text, remember that we all have things that get in the way. He may have had to change an appointment or handle and emergency with his family. No matter what, he is probably not canceling the date deliberately to spite you or mess with you.

In fact, if this is only your first or even your second date, there is an even higher chance that this cancellation has nothing to do with you. After all, he barely knows you! While you shouldn’t take things personally, remember that you probably do not rank very highly on his priority list, which is OK considering that you both do not know each other that well yet.

Because of this, it is unfair of you to always expect an explanation. If there is, indeed, something personal going on in his life, like with his family, he might not feel comfortable explaining things to you. If that is the case, you might just get a super-vague text as a way of explanation.

This is why it is so important that you try to be patient. Instead of getting emotional, just try to reschedule. You may find out that something bad happened to him later on, and if you respond rudely or simply ignored him, then you aren’t likely going to be able to repair this relationship later on. And after all, what do you stand to gain? If you confront him rudely, you might get a few minutes of satisfaction, but is that really going to make you feel better about yourself?

Watch out for clues

Nobody likes to be thought of as a fool and we do not like being led on. He might actually not be interested, so knowing if you are being led on can save you a ton of time. Think about the timing of when he canceled. If you made plans two weeks ago, for example, and he cancels fifteen minutes before the date, that is a red flag. Sure, something might have just come up, but this is unlikely.

You should also pay close attention to the tone of his text. If he says simply, “sorry, not going to be able to make it,” he probably has a more nonchalant tone and does not care much about the date to begin with. However, if he apologizes repeatedly and tries to make other plans with you, then he probably does feel bad about canceling on you and you should definitely try to accommodate his alternative plans.

Try to come up with your own alternative plans

If he does not immediately suggest another time and day to meet, it might be worth it for you to do this yourself. Responding to a cancellation with an alternative suggestion will let you know immediately whether he is interested in you or not. It also gives you fresh new plans to get excited for, so you do not have to stress out or worry over awkward silences.

Try not to dwell on it

So he canceled on you. Big deal. Do not let yourself spiral down into a pit of despair, anger, or self-pity. Instead, let yourself feel frustrated for ten minutes. Then move on. Pump up the music, take a shower, and make some other plans. Maybe you can go watch some Netflix by yourself with a glass of wine if that is what you are feeling up to. Whatever you decide to do, do not dwell on things. You have plenty of other options!

Why do Guys Feel the Need to Cancel by Text?

There are generally two main reasons why somebody might bail on a date – there is the real reason, and the reason that he chooses to share with you. Here are some of the most common culprits behind why people, particularly men, flake on dates at the last minute.

He is seeing someone else

There is a good chance that if he is seeing someone else, he is going to bail on you at the last minute. Unless you are in a serious, committed relationship with someone, it is not fair of you to assume that he is not seeing other girls. And sometimes, it takes him up until the final hours to determine whether seeing you is worth his time or not.

There are plenty of guys who like to sleep around and an equally high number who bail on women who are serious about relationships just because they know you are not going to put up with his crap. He will pursue an “easier” target instead.

If you portray yourself as a smart, high-value lady, there are tons of guys you meet that will flake out on you because he is interested in someone who will put out. If this sounds like your situation, try not to let it upset you. It is actually a good thing! He is pursuing women whom he thinks are going to be easier to sleep with. Knowing this early on will save you time and emotional energy so that you can put your time into somebody else who is more worth your while.

You are flaky yourself

If you are the type of woman who always flakes on other guys, guess what? Your time might be up. Karma can be a bitch, and sometimes, what you have put out into the universe will come back to bite you in the butt. If you find that you always flake on other guys, it might be your turn to be flaked on.

If that is the case, you need to stop being flaky immediately. Treat men the way you want them to treat you! If you get a text from a guy who is trying to ditch on your plants, make sure you ask him to give you a call so that you can reschedule. If he does not give you a ring, it will be a clear sign that he is not worth your time.

He is being honest

There is always the possibility that something legitimately did come up and he is trying to be honest. It could be something totally unavoidable, too. Think about how he posed his cancellation when you are trying to figure out whether this is the case.

Attitude can speak volumes, so it is important that you do not immediately jump to conclusions. He might be a great guy and something legitimate did come up to force him out of his date with you.

How to Respond to a Cancelled Date Text Properly

The most difficult part of replying to a cancellation via text is to get your own emotions in line. Once you have navigated your feelings, you can easily handle the situation.