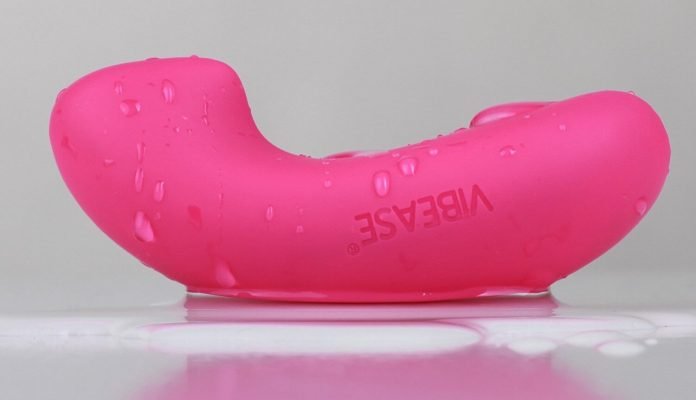 The Vibease was developed to help couples in long-distance relationships stay in contact with each other sexually. Although this is the case, you may be wondering if this is something your relationship needs or if you should forgo it altogether?

So, what should you know about the Vibease?

If you’ve never had long-distance sex before, the Vibease is the perfect start to trying it.

That is the simple version of the device. If you want to know how it really works, you need to read on and learn from my own experience with the device.

Okay, ladies, we’re going to have a chat about sex. When it comes to a long-distance relationship, the most frustrating thing about it is the lack of sex or sexual contact. You start missing the little things such as seeing your other half when you want. However, let’s be honest, it’s the physical contact you miss the most.

When I first began my now-husband, we were dating long-distance. I vowed not to let our sex life go boring. I was willing to try sexting, sexy videos, Skype, etc. If you could think of it, I was more than willing to try it. But, like everything else, it got boring too.

At that point, I started to do some research on how to make long-distance sex more exciting. That’s when I came across long-distance sex toys. Yes, I knew about vibrators and even had a few myself, but I had no clue about the sex-related technology out there for long-distance couples.

Life was about to change!

Clue? You should try it!

Keep in mind that it’s not totally silent, but it’s not enough to be discernable on where the sound is coming from. When using it at home, you can bet the household noise or music can drown it out. Of course, your nerves may make you overly aware of the noise it’s making – even the small noise. Due to the shape, it can press up against the clit. This can cause some powerful stimulation and orgasms.

A Look At The Vibease Chat App

The Vibease can be downloaded to either your iPhone or Android device for free. Once downloaded, you’ll need to set up a profile such as choosing a nickname, gender and profile picture. While you don’t have to upload a picture, the app reminds you that your partner would probably like to see you. Since other users can’t get into the app with you, you don’t have to worry about strangers seeing what’s going on.

There are instructions on how to connect the device, but it’s important that your Bluetooth setting is on.

The app will also let you set the Vibease’s pulse setting.

There were two ways I used the device – on my own and with my other half. In the beginning, I used the device while he and I were apart. Since there were no trips apart from each other in the near future, I decided to wear mine to work one day. This is a bit risqué for some folks and depends more on where you work.

Since I have my own office, I didn’t have to worry about not having an orgasm with co-workers nearby. We also didn’t set a time on when we’d start fooling around – I wanted to have some element of surprise to the action.

I put the Vibease on and nearly forgot that I was using it. Around noon, my husband began texting me some naughty things, which I responded back. Since the Vibease connects to the app, I knew my husband could start controlling it when he felt like it. Once he started, the vibrations felt really good without being overly intense. I won’t go into full details, but I enjoyed the experience I had. My husband did as well. Although he didn’t get a physical favor in return, just knowing I was being pleased made him excited.

It was the first time I’ve ever listened to Vibease, and it was definitely a life-changing experience.

Should You Purchase The Vibease For Yourself?

The Vibease definitely ranks high up on my list of must-haves but still could be improved upon. My biggest complaint is the app, as it doesn’t work as it should and losing connections at the most inconvenient times. I’ve only experienced it once, but that was enough. The app is easy to use, and I like the idea of the audio erotica and chat function.