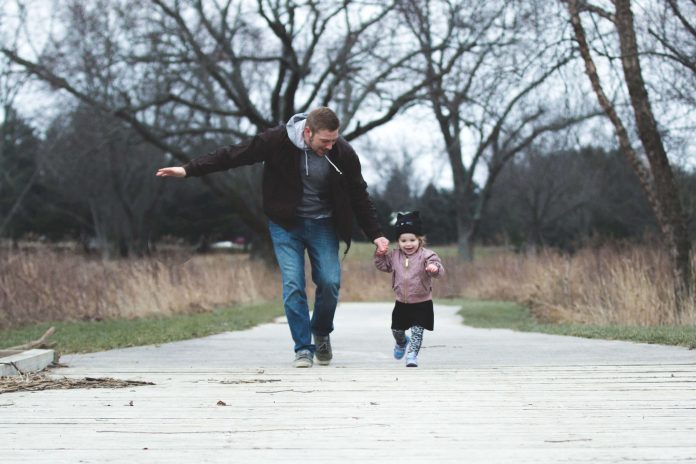 It is not uncommon for men to want a baby but it is quite usual for them to hide it. They may feel overwhelmed by the prospect of fatherhood – and that’s fair. You might not even be sure you want to be a mother!

Many men won’t bring up the topic of having children to their partner. This is especially true if he has a career or plans to travel. These plans may be more important to either of you than having children and the same applies if you are both trying to improve your financial standing.

But at the end of the day, men are human, and they are more softhearted than they might seem. In fact, many men do want children – either sooner or later, you need to make a point of asking him outright whether he wants children.

Too scared to ask? Continue reading to see if he is displaying any of these signs. If he is, there is a good indication that he has a touch of baby fever.

Signs Your Boyfriend Wants a Baby

He begins to notice children wherever you go

Unless you are ready to have children or if you really like children in general, you probably are not going to notice kids that often. If your partner suddenly begins noticing all the cute kids around him – and even more so if he begins to point them out to you – it might be a sign that he is ready to have kids.

If he is always bringing home stray animals, your boyfriend may be trying to satisfy some kind of subconscious need to have children around him who will rely on his care. He might also be trying to see what kind of mother you will be in taking care of your pets.

Financial security is very, very important to him

Let’s face it, having kids is really expensive. If your boyfriend is suddenly hyper aware of all of your finances, he may be getting ready to have children. If he is putting a lot of money into savings or paying off debts instead of spending it on luxury items, that is a good sign that he is ready. And that is not a bad thing because having kids can be very expensive. The average cost of raising a child is over $233,610!

He is very excited for your friends who are having babies

Everybody knows you are supposed to act excited when someone announces that they are expected, but is your boyfriend even more excited than you are? Do his eyes light up when he hears the news? If so, he might be a bit jealous and ready for the same news from the two of you!

He does not care about birth control

This could go two ways. Some men are just careless when it comes to birth control, always thinking that it is someone else’s problem to deal with. However, if your boyfriend has stopped caring about protection, he may have lost interest because he has an interest in something else – having children!

There are suddenly more people with children in your social circle

Has your partner begun to bring new people into your life? Do those people have little people? Or is your partner focusing his energy now on friends who are also parents? If your boyfriend is, at the moment, including more parents with children in your social circle, it might be his way of trying to acclimate you to family life. This could be a good thing because it can be helpful to have a social network that consists of other parents. That way, if you do have kids, you will have people to reach out to for help.

Maybe he has always taken his family’s traditions for granted and perhaps he has even skipped them a few times. But if traditions are suddenly now extremely important, he might be getting ready to have kids.

He starts looking more at pictures of himself as a child

If your boyfriend is suddenly fond of hauling out the baby pictures and begins talking about his own childhood and family a lot, that is a sure sign that he has a desire to recreate that childhood by making his own family with you!

He enjoys playing with other friends’ kids

Is your partner suddenly very excited to see his nephews, nieces, or friends’ kids? Does he spend a ton of time playing with them? If so, he could be in baby mode.

He points out interesting or cute baby names

Most women have selected their future kids’ names early on, probably since the second or third grade! But men often don’t think much about baby names until they themselves are ready to have a family. If your man is suddenly showing you his list of the top ten baby names, he is ready to get started on having a baby.

He doesn’t get irritated by crying kids

This is a big one. Nobody likes listening to screaming children in restaurants! But while the man who is not yet ready for fatherhood may roll his eyes or sigh in exasperation, a man who is ready to have a child will offer words of sympathy or encouragement to the struggling parents.

He tells you what a fantastic mother you will be

Everybody loves getting nice compliments from their sweetheart. But when your man starts telling you how wonderful a parent you will make, or that he can’t wait to see you with a baby, heads up! He is very likely hinting that he is ready to have a family himself. These compliments may make you rethink whether you are ready or not. If you didn’t think you were ready to be a mother in the past, you very well could begin to think otherwise now!

He volunteers to babysit

Date night used to mean venturing out into the city together to try out new bars or restaurants. If that has shifted and has been replaced with nights spent inside babysitting your partner’s nephews or nieces, that is a sign that he is ready to push the clock that is ticking inside him.

If your man is someone who has done it all – he has made a nice career for himself, made some money, perhaps traveled around the world – he might be ready for the next step in his life. All that is missing is a kid and he is ready to settle down. If a man tells you that he is ready to have children, you can take him on his word.

Why Would a Man Want a Baby?

It is a common stereotype for women to want babies. After all, the ‘biological clock is ticking’. As women get older, the chances of being fertile and conceiving become lower. Unfortunately, there are many studies that have indicated that mentally and financially, the best age to have children is after 35.

But for men, the stereotypes are a bit different. There is a common belief that men in their twenties just want to sow their wild oats, drink beer, and hang out with their friends. This is actually not the case at all! There are many young men who are just as interested in parenthood as older men. The reasons why men are ready to start families aren’t so different from the reasons that draw women to motherhood.

He is ready to settle down

It might be fun to be a wild twenty-something for a while, but not knowing what to expect when you are single can certainly take its toll on you. It can be downright exhausting, in fact! Many people feel like having a child will set their priorities straight and will also ground them.

There is nothing more romantic than creating a new life with the person you love most in the world. A baby is the best representation of the new life that you have made together, the product of your love.

The media is playing a role, too

The media seems to play a role in every aspect of our lives, but perhaps nowhere is it truer than in men who are itching to have babies. Celebrity news and popular cultures have influenced our perception of reality a bit. There are so many songs about men who are baby daddies for multiple women, yet are also able to hit the club every night. And then you have Brad Pitt sailing around the globe with his gorgeous band of children, looking glamorous and put together. These media images make fatherhood look like a total breeze.

He seeks to be seen as a “real man”

In America, there is a certain expectation of men. You are born, you grow up, you marry, and then you start a family. There is nothing wrong with that path nor is there anything wrong with straying from it, but many men believe that they will have more recognition and benefits by starting a family. Once you have a kid, you are finally a man – this is the message that our society sends.

He has a biological clock – and it is ticking, too

Men have hormones and urges to procreate just as women do. In fact, young men are more likely to have babies that are healthy and well-cared for over the long term.

What to Do If He Wants to Have a Baby?

Ask yourself first – is this what you want? It may be time to initiate the baby conversation. You need to both be on the same page in order to start a family, so it is important to keep the lines of communication open. Remember, the two of you need to be a team throughout the exciting parenting journey or it could end up destroying your relationship. And with a child in the picture, things will certainly become very complicated.