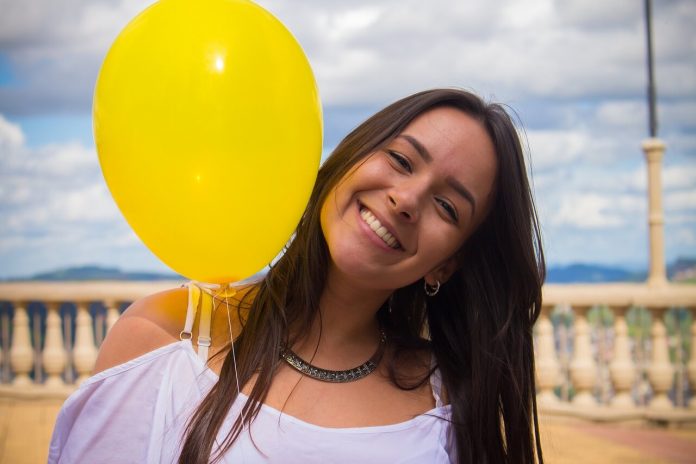 When it comes to identifying romantic hints from women, men really suck at it. I am absolutely sure that you have found yourself in a regretful situation where you thought, ‘Oh shit! I did not even know that she liked me and now my chance has absolutely vanished!’ It is quite understandable. Girls are shy creatures and more often than not, they would not just come outright and tell you about their feelings. Rather, they indirectly give you physical and verbal hints. If you can catch the hints, then you can hit the jackpot. But that is easier said than done, right? Well then, let’s make it easy for you, shall we?

Signs Indicating That She Wants To Be Your Girlfriend

When a girl likes you, her body language toward you will be different from when she is in front of her friends. If you can identify the differences, then you will be more likely to find out if she actually likes you or not. If your girl shows you these following signs, then you have won her heart!

When a girl likes you, she feels safe around you. On top of that, she is quite interested in you as well. That is why it is very normal for her to lean toward you while you two are having a conversation. Watch out if she subconsciously gets closer to you when you are talking.

A girl who likes you wants small touches from you. That is why you might find her knees touching yours – ever so slightly – when you are sitting next to her. The touch will most probably be very gentle because she does not want to be too obvious about her attraction toward you.

Girls feel nervous in front of guys whom they have a crush on. They continuously think if the person sitting in front of them likes them or not. I won’t even attempt to explain how concerned girls are when it comes to their looks. The vast majority of the female population has a tendency to attract men with their dazzling looks. Hair is one of the most significant attributes of a girl that appeals to men. That is why a girl who likes you will fix her hair every once in a while because it is very important for her to make a good impression.

If a girl has a crush on you, her pupils will always dilate whenever she looks at you. There is actually a scientific explanation for this. No matter how good the girl is in keeping her feelings hidden, this one is uncontrollable. Pupil dilation occurs due to the increased ejection of adrenaline. As a human, the level of adrenaline in our body grows when we look at someone we have feelings for. So if you want to find out if she likes you, simply gaze into her eyes when she looks at you!

3) She is Jolly When You are Around

What do we do when we like someone a lot? We always want to be with them and feel instantly happy whenever we get their attention or be in their company. The same happens to a girl who likes you. She will naturally express her happiness when you are around her.

4) She Invites You to Her Family Functions

When women fall for men, they want people who are close to them to like the man as well. If a girl wants you to spend Christmas Eve with her family or invites you to one of her traditional family functions, then you can be sure that she wants to get into a relationship with you. Not only does she want you to get to know her family, but she wants her family to know who you are too, so they might offer their opinions about you to her.

5) She Plays Down Other Guys

She wants to portray herself as someone very special by letting you know that many other guys are interested in her, but she shows that she is not interested in any of them. However, she probably won’t talk about any other guys in front of you most of the time. If she does, it will be because she wants to see how you react to it.

6) She Pays Attention to Your Lips

Have you ever noticed that she is staring at your lips while you are talking? Should this happen, did you think that perhaps you have something on your lips? Well, news flash! That is not the case at all! Once you are sure that nothing is on your lips, smile at your lady. Probably she is thinking about the heavenly feeling of being kissed by those lips of yours. A girl who looks at your lips longingly most likely wants to be your girlfriend.

7) She Laughs at Your Horrible Jokes

Regardless of how bad your joke is, a girl who likes you will always laugh at them as if you have the best sense of humor in the entire world. So, if you find a girl who laughs at pretty much any joke you make, then it is quite obvious that she has feelings for you.

8) She Introduces You to Her Friends

If she ever introduces you to her friends and always seems to invite you to hang out with her group of mates, then chances are she wants to be your girlfriend. There are many reasons why she does this – perhaps to show you off to her friends or get her friends’ approval.

9) She Glances at You, Continuously

It is very normal for a girl to take sneaky glances at you every now and then if she has fallen in love with you. She does not want to get caught though which is why she will likely avoid eye contact and looks away immediately when you find her staring at you.

10) She Tries to Find Things in Common

Every single individual is different, though some characteristics do match at times. But a girl who likes you will always go the extra mile to find things that are common between you and her. She will be determined to make you think that she is your perfect match and having many things in common will certainly help that cause. Should you find her suddenly taking an interest in your hobbies – when she has never done that before – then she probably wants to portray herself as girlfriend material.

11) You Get to Know Her Secrets

If a girl feels safe enough around you to share secrets that even her closest friends are not aware of, then she likes you – for sure! She trusts you so much that she is willing to expose her vulnerability to you. Regardless of what happens afterwards and whether or not you end up dating, do respect that by keeping her secrets to yourself.

12) She Finds Excuses to Hang Out With You

A girl who is interested in you will want to be around you as often as possible. Therefore, if you suddenly seem to ‘run into’ her everywhere you go or she invites you to hang out a lot, then this is a clear signal that she wants to go into a relationship with you.

13) She Wants to Know You More

This is a hint that you simply can’t miss. Girls do not usually ask about a person’s past without a good reason. And do I even have to tell you what that good reason is? She might ask you a lot of questions to figure out if you have a girlfriend or not or if you are available. While the questions will seem quite innocent, she is hiding her feelings behind them while trying to figure out how to get close to you.

Girls love guys who can make them smile, but on the flip side, when a girl keeps smiling when you are around, it is highly possible that she has fallen in love with you. However, do know that this is not always the case – she could be happy about something she achieved at work, in a good mood, or even thinking about another guy! Try to discover the reason behind her smile. If you think the reason is nothing but you, then that is a sure sign that she wants to turn your relationship into a romantic one.

15) She Wants to Get Introduced to Your Friends or Family

This is one of the clearest signals from her. It means that she wants to be part of your life at a deeper level. She wants your friends and family to know that she is your girlfriend and make the relationship official.

16) She Takes Special Care of Herself

This means spending good money on makeup products and designer clothes. She is willing to go the extra mile to present herself as an attractive lady to you. If you suddenly find her dressing up a lot when you meet or putting on makeup when she did not use to do that, then she definitely does not want to settle as friends only.

17) She Remembers Everything You Say

A girl who likes you will remember the things you have said yesterday, last week, or months ago – even if you can’t recall it yourself. It is because she pays extra attention to the smallest and even the silliest things you say.

18) She Cares for Your Family

She will always ask you about the well-being of your family if she likes you. Your family is equally important to her as you are so she wants to remain updated on the state of your family. She dreams of being a part of that family eventually so you know what her true intentions are should she seem to ask about how your parents are doing every so often.

19) You Are Her First Choice – at Anything

If you are the person a girl always turns to for anything – going to a dance, to watch the latest movie at the cinema, or the person she calls when something important has happened to her, then you should know that she probably wants to be your girlfriend. Whether she has just had the worst day at work or she has received fantastic news, she wants to hear your voice and share the moment with you.

While most girls tend to be shy and coy, some girls would rather not beat around the bush. Women who confess their feelings for you directly are brave and usually confident – or just really, really into you.

While every girl is different, they will generally display certain signs and signals if they want to get into a relationship with you. Should you like her too, it helps to recognize these signs so that you can decide if it is the right time to ask her to be your girlfriend. On the other hand, if you do not share the same feelings for her, you should try to let her down gently or hint that you are not interested so that she may stop wasting her time on you.