Own Relationships
Home Dating 16 Strongest Signs of Mutual Attraction Between a Man And a Woman... 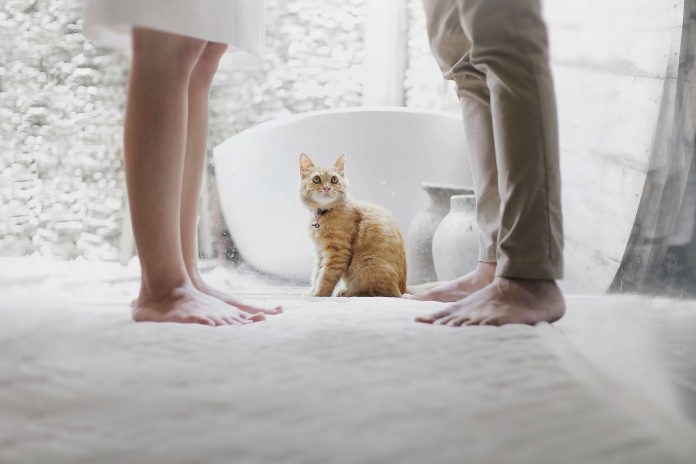 It is not hard to be attracted to someone with whom you have a similar personality, set of interests, or ideas about the world. But determining whether that person feels the exact same way about you, or if the feelings are completely unrequited, can be a whole different story altogether.

Often, misunderstanding whether someone is attracted to you can lead to awkward moments and failed expectations of a mutual attraction. Knowing how to read the signs will help you avoid these uncomfortable moments and know whether you are right in making the next move.

Signs of Mutual Attraction Between a Man and Woman

More often than not, attraction is something that is easy to see between a couple. No matter how much time they spend together, it will be easy for onlookers to see that they are interested in each other. This is often witnessed through various gestures and behaviors.

When you are attracted to someone, there is a good likelihood that you are going to spend most of the day gazing their way. Chemistry often exists in the eyes. When you are attracted to someone, you might spend much of your time with your eyes glued to him. This is often done unconsciously, too, which can be embarrassing when you do happen to get caught!

Paying attention to each other

When you share a mutual attraction with someone, you are likely going to be more attentive to what they do or say. You won’t miss any details at all – no matter how small it is – from a new outfit or a hairstyle. You will both consciously and subconsciously make an effort to pay attention to every little thing.

Without a doubt, body language is one of the easiest ways to determine mutual attraction between a man and woman – but you do have to know what to look for. The principle is easy: your body will react to the set of emotions that you are feeling when in the presence of the person with which you have chemistry.

These might be small signals, but you will display them through several different types of body language. There are some differences between the sexes, but here’s what to look for when you want to find out if someone is attracted to you as you are to them.

Women aren’t always great at hiding their feelings, therefore, it can be tougher to determine whether a woman is interested in you just from her body language alone. However, you will want to pay attention to things like whether they are playing with their hair, licking their lips, crossing their legs, or leaning forward. All of these are signs that a woman is not only trying to get physically closer to a person but also trying to signal their interest.

If you notice this kind of behavior coming from the woman in which you are interested, pay attention! She is obviously interested in you, too. Women aren’t as complicated as you might think, so it is important to pay attention to these little signals.

When it comes to men, their body language is a whole new beast. Studies on love and attraction have shown that men are much simpler in their displays than are women. Their bodies will react, instead, to physiological motivations and incentives. They won’t blush, in most cases, but they might find that their blood flow and breathing are both somewhat accelerated.

Obviously, you won’t be able to observe these subtle signs without being physically on top of the man. But what you can do is take a close look at his hands. If they look sweaty or they are shaking, there is a good chance he is feeling some anxiety. And if you are reacting in a similar way, then that is a clear sign that there is some chemistry between the two of you.

This is a good indicator that somebody is not only interested in what you have to say, but in you as a person, too. If you are attracted to someone, you will likely pay close attention to all the small details that they tell you or express as part of their personalities.

They tend to touch each other physically

If you are super close with someone and take the opportunity to get close to them no matter what, that is a good sign that there is some chemistry between the two of you. Whether you are taking every opportunity you can get to touch this person or you are just making brief brushes on their knee or shoulder, there is some sexual connotation to those touches – especially if they last for more than a few seconds.

If you find him putting his hand on your shoulder, grabbing your hand, or looking you straight in the eyes, that is a clear sign that he wants you. You might not even notice this at first when you are in front of other people. But rest assured, they are significant and important. It is clear that the two of you desire each other and that the chemistry is there.

They mind their own appearances

Think back to the last time you had a crush on someone. You likely wouldn’t be caught dead in their presence without a full face of makeup and a coiffed head of hair, or without a nicely shaved face and deodorant, would you? If you are planning on meeting up with a person you like, you are probably going to take some extra steps to impress them. Making yourself look more attractive is a sure sign that you are attracted to someone – especially if you do not normally care about your appearance.

Not to be confused with mean or bullying behavior, of course, but teasing is a good sign that there is strong chemistry between the two of you. You are not kids anymore, so teasing at this stage of life takes on a new meaning. It serves a purpose, too. Not only does teasing grab your attention, but it challenges you for a reaction. Teasing can take many forms, from light physical aggression to the use of cute nicknames. These are all signs that someone is attracted to you, so pay attention.

Pay attention to the words that are used when you and your person of interest tease each other. While some teasing is a good sign that someone is interested in you, sometimes, the teasing becomes too much. If the words are offensive or hurt you in any way, it might not be chemistry – it might just be a pathetic attempt to get your attention. There’s no need for rudeness, and flirty teasing is a whole different category. It is important to know the difference!

When you are interested in someone, you likely ask all kinds of questions about their personal lives. You might take mental notes of the information they reveal in conversations and spend time looking at their social media or asking questions of other people who know them. When you really like and are attracted to someone, you want to know more about the person and will show curiosity about their interests.

In normal social situations, people maintain some personal space that can only be impeded upon by the people who are closest to them. Usually, this space is reserved for close family and friends. However, if you are attracted to someone, there is a good chance that you are going to let them in, too.

They miss each other

Mutual attraction can make you do some crazy things. It will make you want to be with a person as much as possible. You will want to spend time with this person not only engaging in normal, everyday activities, but also exciting, novel ones.

Not in a negative way, of course. But failing to pay attention to other people is a good sign that they only have eyes for you. All other people will become irrelevant. Chemistry can do some interesting things. It can make you forget about your phone, your other friends, or even your job!

If you find that the person in whom you are interested in suddenly starts stashing their phone away when they are talking to you, that is a great sign. It means that they want to spend time with just you, face to face – and only you.

When you are in the presence of the person you care for, you might not be talking all the time. While sitting with another person and being totally silent can feel uncomfortable, it won’t be the same with the person you are attracted to. Not only won’t you mind sitting quietly together at all, but you will be very happy to do so.

Once you see that smile light up your crush’s face, you won’t be able to resist it in the future. If you like this person and are truly attracted to them, you will have a hard time avoiding laughing and smiling while you are with them. Another good sign of chemistry is when someone tries to make you laugh – your laugh will be like music to their ears!

Mutual attraction often isn’t just displayed in positive changes in someone’s behavior or mood. Sometimes, it manifests as nervousness or discomfort. You can probably think back to how jittery and flustered you felt when your high school crush paid attention to you, right? Even as an adult, these feelings will also be a good sign that you are attracted to someone.

Trying to get their attention

Another common sign of attraction is that they will try to vie for your attention at all times. They may make quite a scene in front of other people to do this too! Just remember that you do not need to make a fool of yourself in order to grab someone’s attention. Often, you will attract your partner just the way you are when acting like yourself.

It comes from pheromones

If you are reading these signs and thinking that they sound a lot like you – and want to get them under control – bear in mind that you might not be able to. When you like someone, your body will encourage the production of pheromones. Pheromones are hormones that are responsible for our feelings of attraction. They affect your body, making it produce odors that you can’t actually smell, but the opposite sex will be able to sense. You can often recognize pheromones from someone you like among thousands of people. Cool, huh?

It can be hard to understand how someone is feeling and to know whether he or she is attracted to you. Getting the person you actually like to like you back can be even more difficult. When somebody gets to know you and shares the same values and interests as you, it’s only natural to want them to be attracted to you.

But keep in mind that attraction can occur even with a stranger as long as you can infer enough information about this person about their chemistry, values, and personality, attraction can occur. But over time, that chemistry can fade, so it is important for there to be mutual interest, understanding, and emotional maturity in the relationship. This way, you can build a solid foundation for a relationship that will last well into the future.