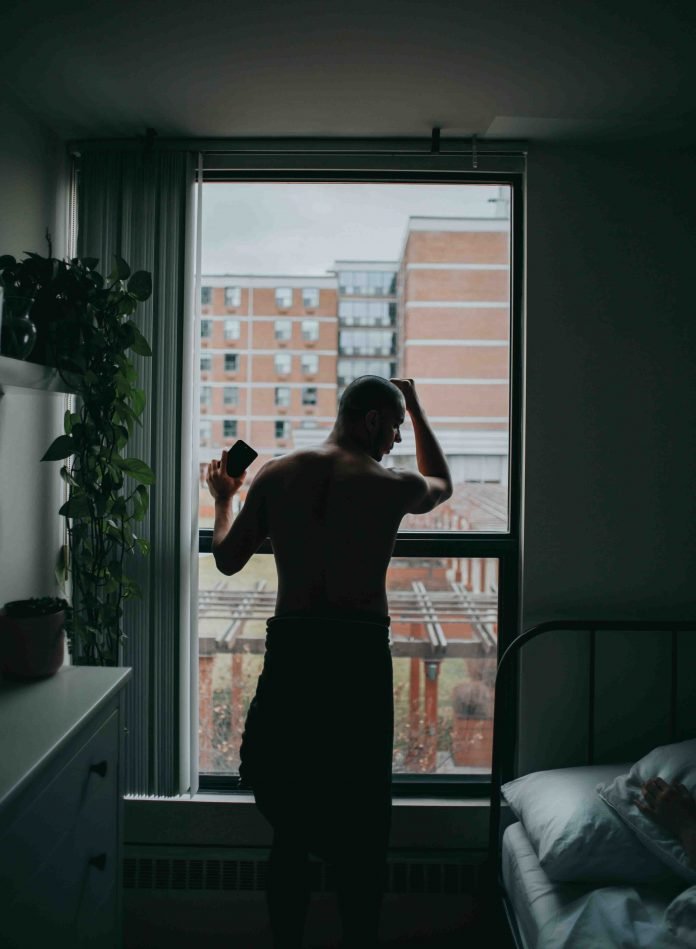 Infidelity is perhaps the most common cause of broken relationships, whether we are talking about dating relationships or divorce in the case of marriage. At least 40% of all relationships have had to deal with infidelity at some point – even if the relationship did not end.

The secret nature of relationships outside of marriage and steady relationships makes it difficult to establish exactly how prevalent infidelity is in America. However, we do have statistics from GSS (General Social Survey) which is a survey conducted annually by the University of Chicago. Findings from the last 37 years show that 12% of men and 7% of women in America cheat or have cheated on their partner.

Some common reasons given for infidelity are:

Unless your spouse is a CIA agent well trained to hide emotions and cover all their tracks, you are bound to notice a few things here and there which point towards an unfaithful partner. It is true that love can make a person blind to even some of the most obvious signs but not forever.

Even if it takes a while, it eventually shows. This is why it is important to keep your eyes open. Here are some signs of an unfaithful spouse.

Signs of Guilt After Cheating

Changes in the Bedroom

A cheating spouse will, more often than not, display some kind of change in the bedroom. Albeit subconsciously. It could be in what we call “positive” changes or negative changes.

The person is more enthusiastic about sex. They want to have sex more often and are suddenly willing to try new things like new positions, new kinky lingerie and perhaps try adventurous sex toys together. This could be because they have tried these things with the other person and liked them so why not try them with you.

It could also be due to the fact that your partner having sex with someone else injected in them a new self-confidence. It manifests in freedom to express needs and desires they were previously too shy to reveal to you.

A cheating partner who has got intimate with someone else could suddenly become completely disinterested in any kind of physical relation with you – this is more dangerous for a relationship. If your partner is no longer interested in you sexually because they have been with someone else, it likely means that they have developed an emotional attachment to the person they are cheating on you with. Emotional attachments are much harder to break.

What your partner has out there is more than just a fling.

There is something about a romantic flame in one’s life which makes them feel the need to look good. Cheating spouses may start to pay a lot of attention to their appearance in terms of grooming and wardrobe.

A cheating wife who does not usually make much of an effort on her looks may start wearing make up every day, dressing up smart and perhaps makes an effort to get her hair done. A man who does not ordinarily bother about grooming may start dressing up, wearing cologne, gelling his hair and even checking details like keeping his fingernails clipped and clean.

This is one area which is easy to pick up on, especially if you have known your partner for a long time. If your husband starts making an effort to be smart all the time and even goes out to buy a bunch of new clothes, there is probably someone out there he wants to impress. The same goes for women – a cheating wife may start wearing shorter dresses to work when there is a love interest at the office.

Where wardrobe is concerned, underwear is another big tell-tale sign. If your wife of many years starts wearing sexy underwear when she has never been into that with you, you have to ask yourself why the sudden change. Why now?

Social Media and relationships. It always has a way of rearing its head here. When a spouse is being unfaithful, they could develop a sudden interest in their significant other on social media. If your girlfriend is seeing someone on the side, she may make an effort to like, retweet or heart all your updates. Well, it only becomes suspicious if she ordinarily does not do this, of course.

Sudden social media attention could be:

Mood changes (for the worse) can be caused by a whole lot of situations. When it is associated with infidelity, it may be a subconscious emotional fatigue from the effort of balancing 2 relationships. An emotionally fatigued husband may be abnormally sad and distant around his wife. A wife may also be distant and unusually disinterested in her husband’s everyday life and activities if she has been in another relationship with someone else.

An interesting element related to moods is eye contact during ordinary interaction. A guilty partner may struggle to maintain basic eye contact while having conversations with you.

Pet names and sweet ‘I love you’ messages tend to fade off when one is cheating. Most couples say ‘I love you’ to each other quite often – and the same goes for pet names. When something is not right, you may notice that your spouse has suddenly started calling you by your name and not the sweet pet names they have always used. You always said ‘I love you’ to each other as you parted in the morning. Now, a quick, bland ‘bye’ is what is heard when you part. This is definitely a sign of a cheating partner.

They say ‘the guilty are always afraid.’ It basically means that guilt makes you overly cautious even if you do not realize it. A burglar is the one guy who would never leave his door unlocked. Well, we are thinking figuratively.

A guilty spouse is always suspicious and fearful that their partner may be doing the same thing they are doing – cheating. This is why baseless accusations of infidelity are a classic sign of a cheating spouse.

Indifferent About the Relationship

Words like ‘I really don’t care if we break up’ are thrown around in the heat of an argument. They show indifference. This may be a sign of a cheating spouse. Assuming they mean these words, they could feel that they do not mind if one relationship ends because there is another one anyway. A boyfriend who says this to his girlfriend does so knowing that he has a plan B girl. When a girlfriend is indifferent about whether or not a relationship stands, it could be a sign that she is in love with someone else.

Everyone loves it when their significant other displays affection in whatever way. However, some people are just not the affectionate type. If yours is the kind who rarely shows affection, it should strike you as strange when they suddenly start doing it, and doing it a bit too much. Your girlfriend has never been big on hand-holding or other forms of public display of affection. This afternoon you dropped by her office just to say hello and she made a point to hold your hand as you walked to the car and made sure she gave you a big goodbye kiss for everyone to see. Strange!

Some people mask their guilt by being abnormally generous. This is why it is not unheard of for a husband to present his wife with a pair of diamond earrings the day before he takes off on a cruise with his girlfriend. It somehow makes him feel less guilty. He may also find that buying identical gifts for his wife and girlfriend helps to silence his conscience. So if your husband has bought you an abnormally high number of gifts lately, this could be why.

A cheating wife may come home from a steamy date with her boyfriend and proceed to spend several laborious hours cooking up her husband’s favorite dish (which she rarely makes) to perfection.

You and your boyfriend have been dating for a few years now. You know that he always picks up calls – even when he doesn’t, he is the kind of person who returns calls quite promptly, especially to you. Lately he seems to be unreachable a lot. For some reason, it is when he says he is working late that there is a curious block of 3 or 4 hours when he can’t be reached and he does not return your calls.

For guys, it could be that your girlfriend always seems to be unreachable when she said she will be at the beauty salon. That is one place she knows you will not offer to join her. But why does her phone seem to die only when she is there?

A cheating spouse often prefers to be unreachable when they are up to mischief. They could opt to pick up your calls and lie about where they are or who they are with but it is safest not to. Why? Well, there could be some ‘unexplainable’ background noise or they simply don’t want to have to lie about where they are and who they are with. If your spouse knows you well enough, they may be able to tell that you are lying about something just by the sound of your voice.

Cellphones are another big telltale sign of a cheating spouse. Does your partner get jittery when you have to handle their phone? A guilty spouse is very cautious about leaving their phones unlocked (usually using a password.) A cheating spouse will be very uneasy about leaving their cellphone in their significant other’s hands lest they come across some incriminating information. Passwords are as protected as if they are state secrets and if one password has been learned by you, it is then promptly changed by the guilty cheating partner.

The truth is that we all have our little flaws here and there and our partners live with them. Some even say they get to love their partner’s flaws. When one of them gets involved with someone else, the flaws in their spouse become huge irritating aspects of them. It is as though something they saw as an ant becomes an elephant in their eyes.

He just pointed out that you have an annoyingly ugly third toe or is irked by how you chew. He is suddenly irritated by aspects of you that have always been as they are.

A cheating wife may find herself scolding her husband for matching the green sweater with the grey trousers instead of the black ones.

This is especially so if the guilty partner has some sort of inkling that their partner suspects something. The guilty partner may avoid spending extended periods of time with their spouse for fear of being confronted.

A cheating boyfriend may have to work late every night so that he gets home so late that his girlfriend is asleep or too sleepy to get into any meaningful conversation. A guilty wife may do the same or be constantly busy with house chores or something or other.

So, can a marriage or relationship survive infidelity?

The most important thing is that the aggrieved partner does not blame themselves. You are not responsible for your wife’s or husband’s actions – they are. However, it does help to find out exactly what led your spouse towards another person and figure out if the problem can be rectified. If it can, work on fixing it. Many couples opt to stay together even after infidelity, especially if the ‘sinner’ is remorseful and willing to commit to total fidelity when the dust has settled.