Own Relationships
Home Dating Should I Text Him First? 8 Reasons to Stop Waiting for Him... 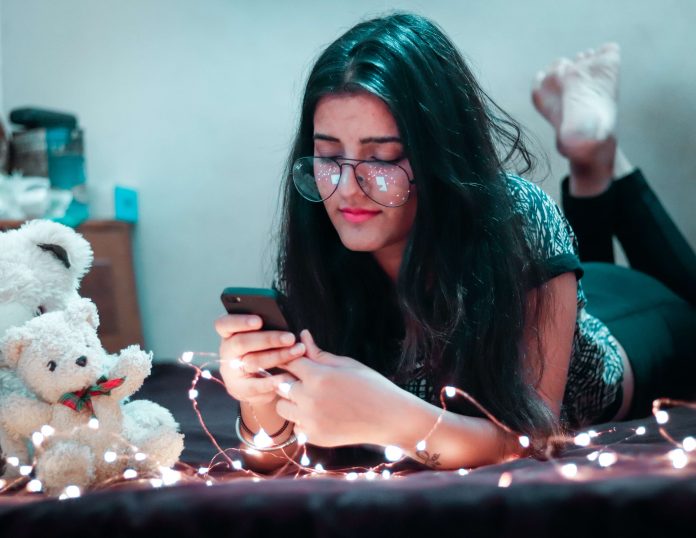 You are sitting at home, twiddling your thumbs and asking yourself the question we have all asked ourselves from time to time – should I text him first? Or do I wait for him to come to me? This is quite the predicament, but you can rest at ease. According to a recent survey conducted by a popular dating app, over thirty percent of all happy, long-lasting heterosexual relationships were inspired by the woman messaging first.

Unfortunately, that data does not necessarily make things crystal-clear. In some cases, it may not be best for you to message first. So the question stands – who makes the first move?

Modern dating is much different than what it was 20 years ago. in those days, you might give a man your number – your landline number, that is! – and then wait, on pins and needles, for him to call. You might even repeatedly pick up the receiver to see if there was a dial tone. You know, just in case your phone was broken and he could not call for some reason!

Today, women experience the same anxiety and impatience, but it is around texting instead, and not a phone call. You provide a man with your phone number with the expectation that he will text you soon. And then you wait. This is not a great habit, though. Studies have shown that lovers who text frequently (instead of talking on the phone) are overall less satisfied with their relationships. Even if you start out with texting, try to engage in at least the occasional phone call. This will help to balance things out and may even result in a happier relationship over time!

Should I Text Him First or Wait?

But back to today’s topic. As a self-sufficient, independent woman, you might ask yourself, “What harm could texting him first do?” In many cases, breaking the ice with the first text can be successful. Despite what your friends might tell you, being the first one to text in a relationship can result in a number of benefits. Here are the best reasons for texting him first.

1. You promote an honest, open relationship

After a good first date, there is absolutely nothing wrong with texting a guy a simple message of appreciation. You might even say something as simple as, “I had a great time tonight. I hope we can do it again soon!”

He likely feels the same way and if he does not, why does it matter? At least now you know how he truly feels and it is always better to know sooner than later without having to wait around wondering. You put everything on the table, and if he is a decent person (you know, the kind you would want to be in a relationship with), he will respond and let you know his intentions too. You won’t have to play a guessing game, and will instead be able to take the first step in establishing an open, honest relationship.

Beginning a relationship by playing foolish mind games will not benefit anyone. In fact, these games will likely continue after you are past the initial stage of dating which could seriously hinder building an honest relationship. What you do now, as you are first getting to know each other, can really pave the way for the rest of the relationship.

If you want to show that you are different from other women, right from the very beginning, you should demonstrate some serious social courage by asking for what you want. You do not have to be bossy or aggressive, but you can be direct and open. Texting first, if that is what the situation calls for, may be just what you need to do to set this tone.

Many women believe (often erroneously) that men will be turned off by women who are direct about what they want. In most cases, this is not true. A woman who is open about what she wants and, in some cases, even vulnerable, is hard to come by (and so is a man, for that matter!). By texting first and showing him what you want as well as when you want it, the object of your affections will likely be impressed.

Simply put, your date might need some not-so-subtle nudges. For example, a few years ago, I went out with a girl who pretended for quite some time that she did not like me. She did this because she was terrified of being rejected, acting as though she was disinterested and even cold. I was terrible at taking hints, and assumed that because she acted this way, she was not interested.

She wanted me to make a move, and I missed all the signs. A few weeks later, when she finally told me how she felt, I realized then that she was interested. She had ignored me and so I thought she disliked me. Some men (myself included) are awful at taking hints. You might wait for them to contact you forever, and they won’t make a move because they assume that you are not interested. Do us a favor! Sometimes we need you to be more direct.

4. He might be waiting for you to make the first move

In most cases, I believe a guy should text a girl first. This is what is socially accepted and it is what most people expect. Most women are not willing to put themselves out there by texting the man first and many like to be led by the guy, not the other way around.

Unfortunately, not all men get the memo on this one. Your man might be waiting for you to text him first because he does not want to pester you. On the flip side, perhaps he was accused by women of being creepy in the past for showing plain interest. There are a lot of reasons why a man might be hesitant to text you first and very few of them will actually have anything to do with who you are as a person (or based on his interest in you).

5. You won’t have to sit around waiting

Many women avoid showing their interest from the get-go because it takes a lot of guts. After all, how many times have you avoided saying the first “I love you,” asking to spend more time together, or even texting first just because you are nervous? This can work out okay if a man has less anxiety around this topic than you do, but you should also be willing to accept the fact that you will give up a lot of your control over how the relationship progresses. If you sit around waiting for things to happen, instead of actually making them happen, you won’t be going anywhere.

Now, if this does not bother you, that is fine. But if it does, then do not complain when your relationship goes nowhere if you have not taken even the most basic of steps.

6. You can spend less time worrying, and more time having fun

At the end of the day, somebody has to make the first move. Instead of waiting around for him to do it first, which will waste valuable time that you could be using to enjoy each other, you should break the ice. Text him first! Life is too short for “waiting a minimum of three days” to text, or by agonizing over when he will text you back. Make the first move, waste less time, and instead, use that time to do something you actually enjoy.

7. Interest has an expiration date

That might sound unromantic and blunt, but it is true. One person’s romantic interest in another has a shelf life. If you hold off on acting out your budding feelings, chances are that those feelings will pass and passions will cool down. If you are avoiding texting each other out of a misbegotten sense of vulnerability, you will ultimately start to forget the good feelings you both had when you met or saw each other the last time. The pleasantly warm memories will become lukewarm and you may even start to question why you liked the other person to begin with.

Instead, act now while things are still hot and going strong. If your last meeting went well, he is probably thinking about you right this moment too! Do not delay. If he takes too long to contact you first, then grab the reins and get things going yourself.

Texting your man first can be a huge win in your favor. Many guys are turned on by when girls text first. Why? It shows that you have confidence in yourself. As long as you do not send long strings of wordy, unanswered messages all at once, sending the first text can show your man that you are interested and also let him know that you know exactly what you want. For a shy man, this can be a major boost as it takes much of the pressure off of him and will make him feel more comfortable around you, too.

When to Avoid Texting Him First

Nine times out of ten, sending the first text will be totally acceptable. However, there are some times when you should steer clear of doing this (for your sake, and for the sake of the relationship).

Here’s how to make it work – every time!

Still unsure of whether or not to text your man after the date? It might be because you have no idea what to say. Here is a trick to help you get started: avoid starting a conversation with something monotonous or dull like “hey.” That is a major mistake. It takes a step forward, but does not actually go anywhere because the conversation stops right there.

Instead, slide into the conversation smoothly by mentioning something you talked about when you met up, or something funny that reminds you of him. You could even send a classic meme! Try not to think about it too much. If it does not come naturally, it probably won’t work. Remember – be yourself. Oh, and if you really want to keep the text conversation flowing, always end your text with a question.