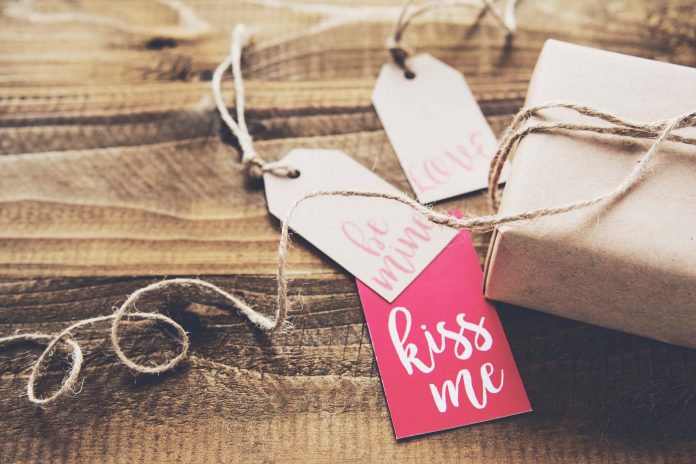 Having to be in a long distance relationship is not very pleasurable, regardless of the time of the year it might be. But being alone on Valentine’s Day is the worst thing with no exceptions, unless you’re somewhat like me. Now I have spent most of my relationship life in the unmentionably horrible long distance relationship. So, for people like us, Valentine’s Day is when you make up for it. Having spent so much time apart from your lover, you become used to celebrating while away from them.

I wasn’t exactly the type who talked much or socialized, quite like an introvert. In high school, I couldn’t even bear to think of my parents knowing I was talking to boys. Nope, not at all. So I kind of reduced myself to the idea of being into guys for short durations. I could never act on that for years on end, securing myself from having to face any rejection. From the point when dating became a real possibility for me, long distance became my thing. Though most people are unwillingly driven into such so-called horrible situations, I loved the idea of having time and space apart from my partners. It was the perfect way to get perspective, to understand and be assured that I wasn’t being hasty. It also allowed more time to think about whether I would want to be more intimate with that guy. Now these were guys that I knew for real, not some random weirdo I met on the internet, a dating website, or social media. And not some middle aged man, married with kids.

I became charming and lovable, a girl guys would most certainly like as a friend even while being physically absent. If you want to celebrate with your significant other, here is how you can enjoy Valentine’s Day. I hope with these ideas in hand, you won’t end up lonely, bawling your eyes out, and stuffing your face with chocolates.

1. Send your SO a love letter

Anyone who has ever been a part of the whole scrapbook trend will be delighted to unearth their glittery pens and craft a proper letter. It’ll obviously trump any letter your loved one could have received, hands down. I would say keep it simple, as it’s unwise to get too lewd or personal. After all, you can never be sure if it gets handed out responsibly or if some unsuspecting roommate might ‘discover’ it and get all the wrong ideas.

2. Have a nice dinner on Skype together

If you can’t be out together, you can dine in together. Make a choice of cuisine together (probably going to be Italian or Chinese) and go bonkers by ordering it yourself. While you’re waiting for the food to arrive, just begin your evening with a touch of love and romance. Now with this, you can keep your arguments limited to when you will have your dinner. The arguments might be similar to other non-LDR couples, but there’s nothing to worry about – neither reservations nor bills. And then, there will be no need to feel weird about listening in on the couple sitting next to you, having the same heated argument as usual.

3. Send your SO flowers

If you send absolutely nothing, that will just make your partner feel lonely. You will probably wake up to a bunch of very sad and passive aggressive texts with all sorts of emojis, followed by a bunch of questionable but probably “drunk-texts,” raising doubts on the whole relationship.

Although I am sure that both men and women will relish the idea of getting beautiful flowers, you might want to give it a thought. If your better half thinks it’s in poor taste or if they have problems (Allergy, duh!) with flowers, there are other choices for gifts. You can gift your SO candy or chocolates.

4. Create a mix tape/CD with songs that remind you of him/her

These don’t have to be songs that your loved one would love. Eagles’ songs will never feel out of place, and you can send them the songs you love to listen to when they pop up in your mind. No need to show how excellent things are and how special they are to you; it is best if you let him find out on his own. Tell him to do it for you as well and make sure you’ve already sent the tapes/CDs to each other before Valentine’s Day. Then play it on Valentine’s Day. This is by far, one of the most romantic things, and it will be great to have the tape handy whenever you miss them. To be retro can be the cutest thing ever.

Have you gotten married? Planning it somewhere in the future? If you have already been together six months, it can be pretty heart-warming to think about the future. It’s nice to think of a time when you won’t have to be alone on Valentine’s Day. Even if you’re waiting for some financial opportunity or for your eventual return from military service, you can consider looking for a suitable place in or around the same state when you both are back together. Maybe think about what it would feel like once you’re back together. This is similar to the way people in traditional relationships think about what their marriage might look like, but it builds off the fact that the two of you are currently apart.

6. Get your lover something that both of you can use

You are about to see your better half in a few months. You are more than sure that your significant other is dying to watch Star Wars. You have emails full of videos and reviews about the movie. Consider getting a voucher for two adults to watch the movie. Put money away for some popcorn and drinks. After the vouchers have been bought and the whole thing comes to around 80 dollars, let your SO know that have made these plans. Such gifts are very endearing, as they cement the fact that you’re in the relationship for the long haul and are excited to see them again.

7. Have a fun day with your single friends

This is for those couples who give no second thought to Valentine’s Day. Even better if your friends know what it’s like to be in a long distance thing. Make sure not to put yourself in a position where you’ll be approached by a lot of sleaze bags. Obviously, you should be sure that you will not cheat (or even play around or flirt with someone). Honestly, getting too much attention on this day may only make it worse for you. Remember that you might run into some John Doe who might be one of those guys who makes your hormones go wild while your mind vacillates around the whole LDR thing. Yet what this should remind you of is that John Doe is just one man who hits the bars on Valentine’s Day, trying to exploit lonely “single” women. The person you have been seeing all this time would never behave in such a manner.

When you spend time with people not giving a damn about this day, you realize an important fact of life: We don’t need a special day to celebrate love, and love should never be limited to just one day! Every day is a day for love, even if it roughly boils down to cheesy or melancholic texts and fights.