Own Relationships
Home Dating How To Ask A Girl For Her Number Like A Man –... 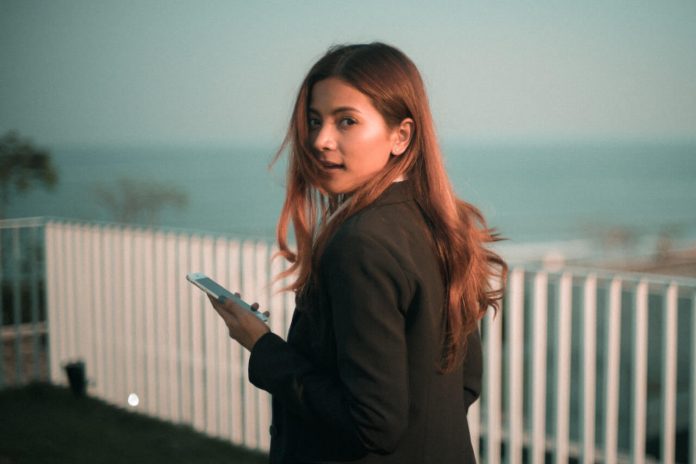 Have you been dying to know how to get the digits of the woman of your dreams? Well, you have come to the right place then! Knowing what to say in that critical moment before her cell phone number is in your contact list can be excruciating – but luckily, once you read through this guide, you will find that it is remarkably easy to do.

So many people these days are unable to approach women in person. After all, dating in the virtual world (through Tinder and other apps) makes things so much easier for us! However, keep in mind that many of the skills we talk about here can also be applied to online dating – so you will have an arsenal of tools to rely upon at any moment.

How to Ask a Girl for Her Number

Don’t worry, you are not going to scare her away by asking her for her number. Women give their phone numbers out all the time, and they are used to being asked. As long as you go about things in the right way, the girl you like won’t be offended by your request for her phone number and instead, she will be flattered!

Here’s what you need to do.

Start by giving her a compliment

And keep in mind that the compliment should not just be about her appearance or just about her personality. Women like being appreciated for all of these traits and not just one or the other! If you only compliment a woman on her appearance, let me tell you – it is going to come off looking sleazy and unattractive. However, if you only compliment her on her personality, she is going to get the wrong idea and think that you just want to be friends.

Therefore, you really need to focus on doing both. This will let her know that you are attracted to her but that you do not just see her in a physical way, either.

Make it clear what you want

Don’t beat around the bush here! Make it brutally obvious that you want her phone number so she isn’t confused as to what you want. Now, this can be somewhat tricky because it can be awkward to come right out and ask for a woman’s number. However, keep in mind that you need to stay in charge of the interaction so that you can get her to be attracted to you and say yes to your request.

Instead of asking her for her number outright, you need to make it clear that you are getting her number. This can take some of the indecision out of the process and put you back in charge, while still giving her free choice, of course!

Hand her your phone

This is a common sales technique, actually, that can be applied to the dating world as well. Assume that she is interested in you before you have to find out whether she actually is. Hand her your phone and she won’t have a choice but to give you her phone number! It encourages her to make an immediate decision instead of feeling like she needs to beat around the bush. If she wants to interact with you, either on a date or in another fashion, she will have no choice but to put her number into your phone.

Now that you have her number, what are you going to do with it? This is where most people drop the ball.

So you have the number – great. Now you need to send her a text or another form of contact within a few hours. This is especially important when you meet a woman during the day. Use a little bit of humor in your first text, which will not only make her feel at ease but will also help her recall exactly who you are.

You might want to recall something specifically that the two of you talked about in your encounter, or even call her a humorous name that might relate to what you two talked about.

Women love this! Not only does it show your confidence, sense of humor, and warmth, but it can also allow you to pay her a little bit of a compliment, too. Now, there is a reason why you want to follow up with a text shortly after the two of you met. You don’t want the interaction to go stale or fall flat!

Unfortunately, attractive women generally lead busy lives and they have plenty of options. You do not want to slip from her mind by putting off texting her for several days. You do not need to worry about looking needy. Send it within a few hours of meeting her, and you probably won’t look desperate at all. Just make sure you put some thought into what you are going to send.

What If She Says No?

So you asked a girl for her number and…she shot you down. If that was the case, you probably did something wrong. Most women won’t downright shut down a request for her phone number, so if this happens, you have likely offended her in some way. If it happens, do not press your luck. Say something respectful, like, “It was nice talking to you,” and then walk away.

What To Do If She Turns the Tables?

Perhaps you asked a girl for her number and instead of giving it to you, she asked you for yours. This sometimes happens! And it is not necessarily a bad thing. Instead, just remember to keep talking. The best thing you can do is make her laugh! In a few minutes, ask her for her number again. Be sincere and try not to stress out.

What To Say If She Wants To Know Why?

This is often the classic case of a woman playing hard to get – she wants to see how you are going to react. In this case, the best thing you can do is to be direct and honest. There is no point in hiding what you are after here, so be honest and sincere! Tell her that you think she is pretty or that you want to stay in touch with her, and you are golden.

The Real Secret to Asking for a Girl’s Number

The goal of asking for a woman’s number is to make a good first impression. You not only want her to think positively of you, but you want her to remember you too. So, create an environment that is not only effective but impactful. With a little luck, your phone will be loaded with her contact information in no time. Have fun!