Own Relationships
Home Dating The 10 Types Of Clubbing Girls 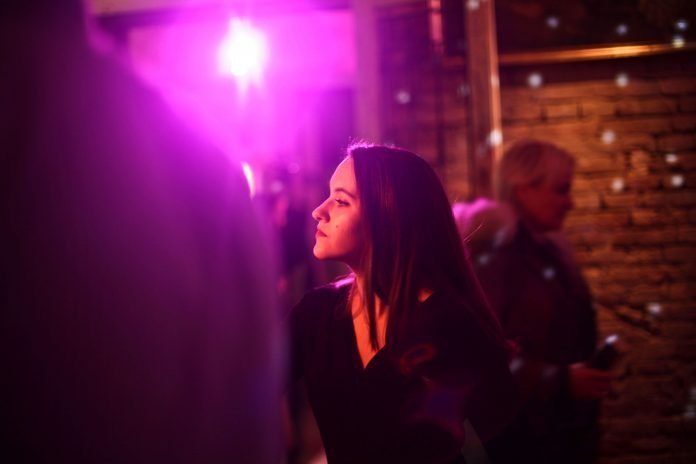 The nightlife scene is often vibrant, entertaining, and you get to meet all sorts of people. Going out at night can be a diverse experience from dancing at loud parties to chilling at a quiet bar. Not only that, different people go out at night for different reasons. Some are out hoping to meet that special someone while others are just looking to have some fun.

Because of the different purposes that clubbers go out for, clubs are also very diverse, catering to all types of people in the nightlife scene. Despite the various characters you’ll meet when you go out for a party at night, you can still find 10 types of Clubbing Girls in any club. This doesn’t mean that women can only be put into 10 categories, but these are the usual ones you will see. This list explains who they are, what they are like, and what is their main reason for being out that night.

So next time when you’re out on the prowl, keep this list in mind and it might just increase your chance of success in going home with someone!

The 10 Types Of Girls You Meet At A Club

At any time of the week in a club, you will most likely find a woman who’s on the rebound. She has just came out of a relationship and is probably feeling quite low. She’s out that night because either her friend forced her to go out or she’s just looking for someone to help restore her self-esteem. Either way, she will always have at least one friend with her. Men might think it’s easy to hook up with a girl who’s just looking for a rebound, but she most probably has a defence mechanism up because she’s still hurt from the previous relationship.

9. The Girls Night Out

It’s inevitable that you’ll always see at least one group of friends consisting of all females having a night out in the club. The Girls Night Out are usually all dressed to the nines and made up. They can get quite loud and will always seem to be having a lot of fun together. Men are attracted to them because it’s easier to strike up a conversation with a group, rather than just one person. Moreover, you’ll have more choices once you’re accepted by the group. However, beware of the Cheerleader effect where all the girls all seem very attractive together but fall short when you separate them from their pact.

The Desperate One will try her hardest to get the attention of a man, any man, in the club. This might seem sad and can be a turn-off but she just couldn’t help herself. You can identify them by their provocative choice of clothing and over-enthusiasm in anything a man says to her. They will almost stop at nothing to get a man that night and you’ll see them immediately moving on to the next one if a man rejects her. Guys don’t usually go for The Desperate One at first but they might end up going home with her at the end of the night because it requires almost no effort at all. She is usually the backup in case men don’t get the girl they wanted initially.

The Badass can be spotted sitting with a group of men because she is usually not welcomed by other women. She is often beautiful, confident, and often look intimidating. She is also smart, knows everyone, and everything about them. You’ll need be someone special and out-tough The Badass to be able to impress her. Otherwise, she might chew you up and you’ll end up dejected and humiliated.

You’ll find The Snob in the VIP section of the club, sipping her high-end drink and clutching an expensive branded bag. While she is usually very attractive, she also prefers to be left alone or has a very high standard when it comes letting people interact with her. A few men will approach The Snob but most, if not all of them, will be completely ignored. She can come across as being a bit bitchy because of her ice queen demeanor. If you’re not up for the challenge, perhaps its best to look elsewhere. Unless, of course, if The Snob gives you a clear signal that she’s interested in you, then that’s your green light to talk to her.

You’ll find The Drunk in every club and they are very easy to identify. This girl will have had way more alcohol than she can handle and is often the center of attention – for the wrong reasons. Usually by midnight, you can see The Drunk walking unsteadily, talking in slurred speeches, or just being extremely sloppy. Some men might try to take advantage of her but many will find her behavior off-putting. As a man, you should leave The Drunk alone because she’s no longer in control of her own body. If you’re a gentleman, you might even get her a cab home or make sure her friends (who aren’t too drunk) can take care of her.

You won’t be able to miss her if The Showoff is at the club you’re visiting. She’s very likely wearing something flashy with bold colors. Throughout the night, she will be flirting very obviously with any man whom she crosses path with. There’s only one reason she’s out that night – to seek the attention of men to boost her confidence. She’s different from The Recently Dumped or The Desperate One because her intention is different. She’s not looking for a rebound guy or to go home with someone but rather, she wants the attention of as many men as she could get to achieve some sort of satisfaction.

The Party Girl is another type of woman who is hard to miss. She’s energetic, loud, and will be dancing all over the bar all night long – even on the bar counter! In fact, you might have even seen her around a few times as she tends to be out partying almost every night of the week. She’s someone that everyone knows, from patrons to people who work at the club. She’s quite popular with men and is usually friendly and approachable. Her fun-loving personality makes her very attractive to most men. However, she might be quite difficult to date if you aren’t the partying type and super confident in yourself. She’s kind of a celebrity at the clubs and she will be out 7 nights a week. If you can’t keep up or trust her, you might find yourself becoming resentful or envious of her lifestyle.

There’s a type of woman in the club who only has one intention that night – getting drinks without paying for them. The Bottle Rat might even feel that they are entitled to free drinks just for being in the club. She will seek out men and appear friendly at first. However, if you refuse to buy her a drink, she will most likely move on to her next target and become cold towards you. The Bottle Rat might not be easily identifiable in the beginning but she will show her true colors not long after the conversation has started. If you want to avoid this type of girls, simply start talking to her without offering to buy her a drink. If she then heavily hints at you or even directly asks you to buy her a drink, you’ll know she’s The Bottle Rat.

Now there’s usually one girl in the club who is the object of desire of almost every guy in the club. She is positive, fun, interesting, and of course stunningly beautiful. She is The One. She’s used to getting a lot of attention and most men will feel quite intimidated by even the thought of talking to her. However, The One is actually a very nice girl once you get to know her. Even if she’s not interested in getting to know you on a romantic level, she will still be friendly. However, many men are too afraid of being rejected to even approach her.